This is a sponsored post. All opinions are my own.

Pumpkin Spice is already back and although it’s still way too hot to feel like fall in Arizona, this pumpkin spice tea latte with chocolate dipped cinnamon stir sticks is an excellent reminder that we are getting close to the summer heat ending soon. Fall in Arizona very much lacks in the obvious seasonal changes. But that doesn’t stop us from soaking up all the pumpkin and cinnamon goodness the day we roll into October. This year has been especially challenging and looking ahead to the fall season is bringing some unexpected joy. Is it still hot outside? Yes. Are flip flops still the most appropriate footwear? Yes. Is an afternoon in a non heated pool still the most refreshing way to spend a weekend? Yes. Add in some warm pumpkin spice drinks or the sweet smell of cinnamon and suddenly all those other things from summer seem long gone. We’re sipping pumpkin spice tea lattes and counting the days until it’s actually cool enough to not look silly wearing boots and scarves to the neighborhood park. 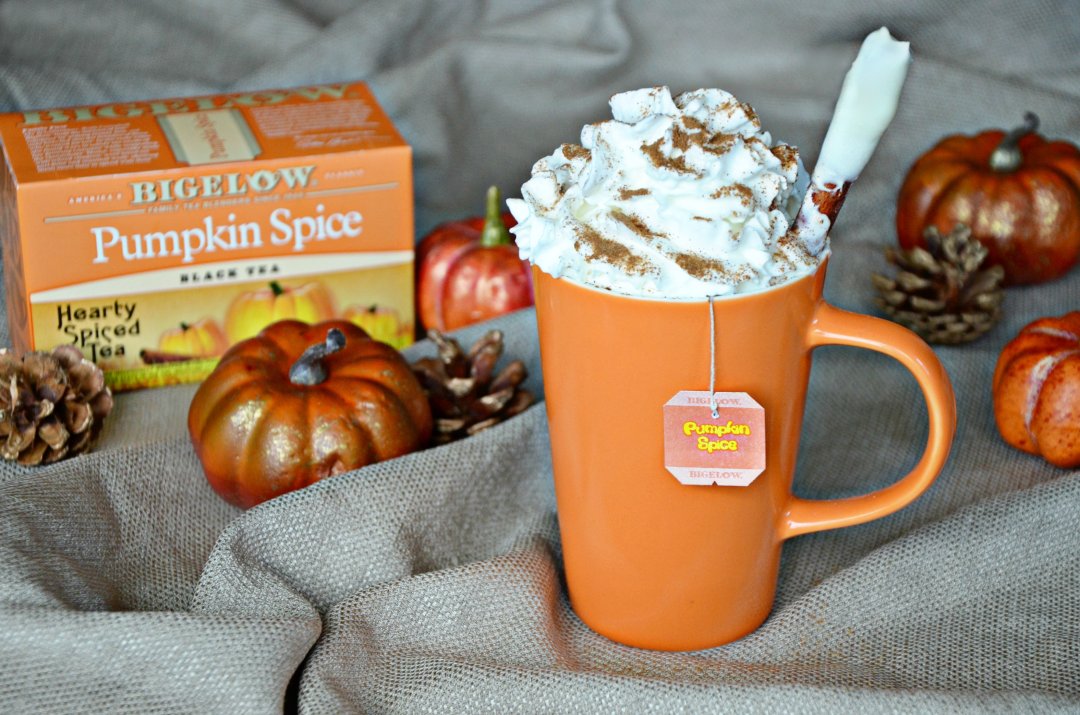 While tea is steeping, melt chocolate chips in double boiler.

Chocolate melting alternative: melt chips in the microwave as an alternative to using a double boiler. Heat for 30 second intervals stirring in between until chips are fully melted. After tea is done steeping to your preferred taste, fill mug with warm cream. Top with whipped topping and sprinkled pumpkin pie spice. Garnish with a chocolate cinnamon stir stick with chocolate upright. Cinnamon sticks can be used to stir pumpkin spice tea latte for an added chocolate flavor.

Serving tip: If you’re sharing pumpkin spice tea lattes with a group, take cinnamon stir sticks directly out of chocolate bowl and serve in drinks. If you’re drinking this beauty solo, place those extra cinnamon sticks on wax paper and save in the refrigerator for the next day. Does getting closer to fall mean you’re bringing all the pumpkin spice to your kitchen too?