Yesterday we had the opportunity to view a solar eclipse.  I read in the morning paper the best viewing time in Arizona was approximately 5:30 pm.  Of course, during dinner, I realized I had forgotten to do anything to prepare for the eclipse.  Our three year old daughter would have been amazed but we decided not to tell her until later because we were sure she would look directly at the sun.

I told my husband I was disappointed we didn’t bother getting out a telescope and he asked, “do we have any old 35 MM film?”  Surprisingly I knew exactly where an old roll was in my office.  He broke it open with a hammer, extended the exposed film onto the lens of my camera, and went outside.  I was amazed when he showed me these pictures! 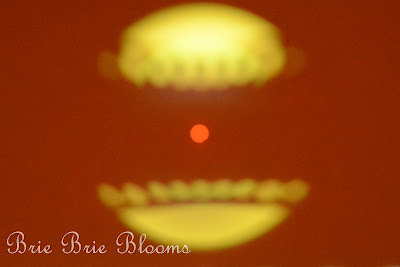 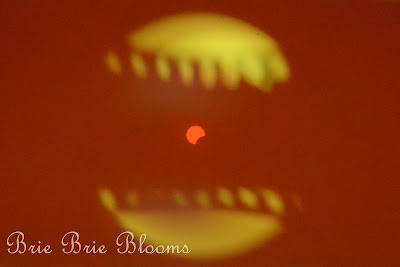 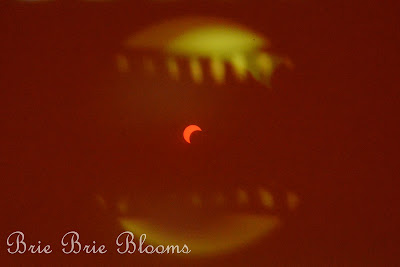 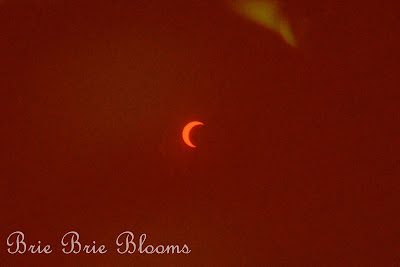 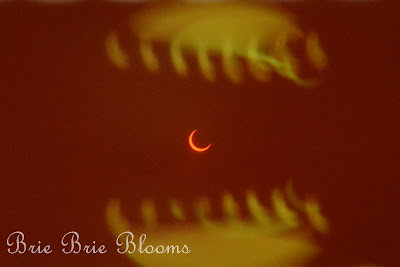 I asked where he came up with such a great idea and he told me he remembered using the same technique with his grandfather as a child.  Wow.