This week my daughter brought snacks to preschool.  We made elephant bread because they were learning about the letter E. 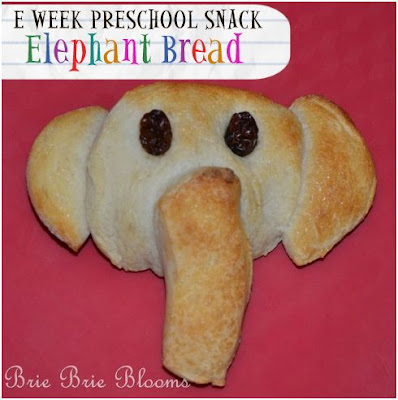 I was looking online for a snack that started with the letter E and came across this idea for elephant bread.  I followed the original tutorial to make the cute snack.  The only difference is we decided to leave off the cinnamon.

Each elephant used two pieces of dough from the canned biscuits.  The first was used for the head shape.  The second gets cut into thirds to use as the trunk and ears.  We sprinkled sugar on the dough before the elephants were assembled. 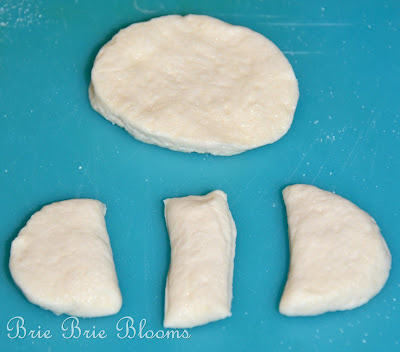 Assemble the elephant heads on a baking sheet. 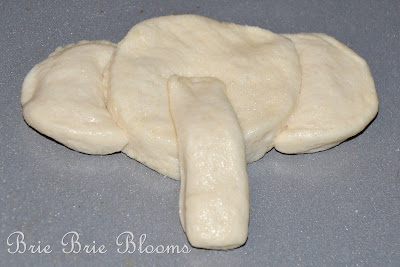 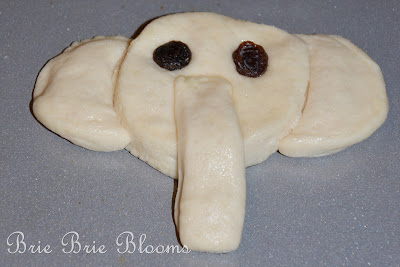 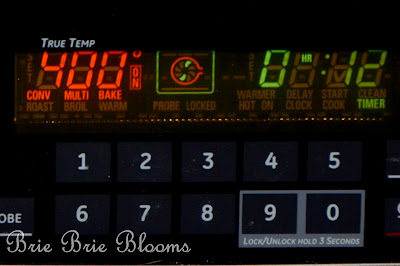 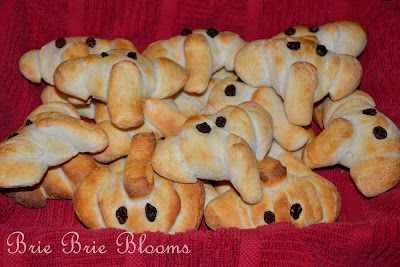 This was such a fun snack for my daughter’s class!